There are two parts to every website, the front end and the back end. It is the back end that makes the front end possible, while the front end is focused on user experience. Web developers need to constantly learn and adjust to new trends and technologies as they are seen as valuable assets.

Technology is essential for the development of a website, whether it is the front end or the back end. If you need a website built without coding, WordPress developers UK can build it for you. However, you should choose the platform as per your convenience and the needs of the platform.

Who are front-end developers?

A front-end developer brings a website to life with code based on input from UI and UX designers. Static websites can also be given functionality by these developers where high user engagement is not required. It is helpful in adding elements like buttons, layouts, navigation, graphics, image, animation, etc.

HTML, JavaScript, and CSS are three of the languages used by front-end developers. They also work on frameworks like Ajax, jQuery, AngularJS, Bootstrap, user interface, and user experience.

Who are back-end developers?

The developers that make the site interactive with the help of coding are back-end developers. The coding is done on the server side and has nothing to do with users on the platform. As part of backend development, data can be stored in easily accessible places and managed using a database for future use.

These developers work on the interactive back-end portion of a website, not the visible front end. A back-end developer is responsible for storing and arranging data, as well as making sure that the front end works properly. These developers ensure that every element on the website is functional.

Backend developers are proficient in PHP, Python, Ruby, and other programming languages with database technologies like MySQL, PostgreSQL, Oracle, etc.

With an SQL database, a website saves the data submitted by a user during registration. The server-side language retrieves the data from the database each time a user logs in, and HTML then shows it on your screen.

What Is the Difference Between Front End and Back End

Both the front end and the back end greatly differ in many ways. Here are some of the key differences:

The front end of a website refers to the portion that users interact with directly. The client side of a website covers everything from user interaction and engagement. The front end’s two primary goals are performance and responsiveness.

Front-end developers make sure the platform is smooth and responsive on every platform. It includes button colours, text styles, graphs, tables, and other visuals on the screen.

The server side of a website is known as the backend. It also ensures that everything on the client side of the website functions properly while storing and organizing data.

This data is not visible to users and they can not interact with it. The backend also includes tasks like writing APIs, building libraries, and interacting with system elements devoid of user interfaces.

Technologies used in the front end:

It is use to ensure website user interfaces work efficiently. User experience analysts, designers, and back-end developers collaborate with front-end developers. There are three technologies use majorly in the front end side of a website:

HTML: Hyper Text Markup Language or HTML is the common texting format language use to build web pages and show them to users. It is made of two files, the material and the tags.

CSS: Cascading Style Sheets (CSS) is a styling language that is use with HTML elements. It is basically a language use for web designing. The application is also common in XHTML.

JavaScript: It is a client-side scripting language use for increasing and improving the interaction of users on a website.

Technologies used in the back end:

Tools like SQL Server and Oracle are use by back-end developers to store, manage, and modify data. The back end is use for making functions operational and interactive for users on the website. It is made up of several technologies like

Database: It is used to store data for use and users to see. Every piece of data is store in a database. Examples of this are MySQL, PostgreSQL, etc.

APIs: Application Programming Interface or API is used in a website’s backend. It is use with a specific function as an application. It makes communication between two elements communicate on the back end.

Who are full-stack developers?

When programming expert knows both the front and backend portion of a website, they are call full-stack developers. As well as managing flexibility and appearance, they are involve in server-side and client-side development.

These developers also know database management and capacity for solving issues of any kind. With the help of version control to track the code and git to manage the code, full-stack developers are skill at everything.

Technologies used in the backend:

C++: It is a general-purpose programming language that is used nowadays for programming in a competitive environment. This is also one of the most used backend languages.

Java: One of the most used platforms and computer languages is Java. It can scale up very well as a backend platform.

Python: Python is a programming language that enables quick work and more effective system integration. It is also a crucial language for the back end and is use by many developers across the world.

Node.js: JavaScript code can be run outside of a browser using the Node.js runtime environment, which is free and cross-platform. Node.js is not a programming language or a framework but is widely use for back-end development for APIs, web, and apps.

Django: Django is a model-template-views-based web framework that is completely written in Python. It is utilise to create expansive and intricate web applications. This framework is quick, secure, and scalable.

Ruby on Rails: It is a server-side framework that is used as a model-view-controller architecture. A variety of pre-built structures are available in this, like databases, web pages, etc.

Laravel: It is a PHP framework that has the capacity of reusing the components of the code in a website.

Are you looking for a web developer? 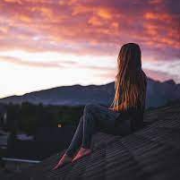 Increase Your Home’s Appearance With a Modern Mailbox